THEY CAME FROM DIMENSION X is a sci-fi cosmic horror first person shooter where up can be down can be left can be right; where gravity is only as consistent as the ground your boots are stepping upon. Navigate labyrinthine research stations, strange alien planets and escheresque eldritch tombs that fold in upon and out of themselves while surviving your maddened colleagues, monstrous entities, and worse.

Such a cool concept your manage to procreate! i love the retro-futuristic style combined with Quake's Lovecraftian seting (even putting The "Elder Things" from In the mountains of madness because copyright free lol) meshed together with Prey's gravity changes.

I thing more elements from Prey like the non-euclidean geometry would be helpful for the abstract and bizarre setting and alongside with the bounce mechanic of the blaster and the walls could be interesting. but that's just me. this game is awesome and fresh!

But, i need to talk about the bad thing of this demo:

I hope this game will be finished! the most coolest Lovecraft base game i ever played.

Frankly i like this, the concept, the art, the level design, music its all really really good

Hi not sure if it's an issue with my machine or not but it runs very choppy. I struggle to get even 30 frames. Average is 20 or below.

We've tested it on a wide variety of machines, with only one experiencing framerate issues that ended up being an issue with the PC's updates and fixed by a quick restart. Try a restart. You may also want to check your drivers and updates.

Hello there. Just wanted to chime in and let you know that I also have severe performance issues. My drivers are up to date and I did restart my PC. Didn't change anything. I don't know if you looked at your Steam forum, but at this time there are three posts total and all of them complain about bad performance. Are you sure there's nothing wrong with your demo?

You can never be 100% sure of anything so I'm not going to count out the demo potentially having issues, but between the 75 downloads here and 1400+ as of yesterday on Steam with only 10+- reported performance issues total, I'm more inclined to believe they're likely issues on the users' ends rather than the demo's. Of the performance complaints I've received, one came from a user running Windows 7, while several came from users attempting to run it on Linux via Wine. I hope knowing this you can understand my perspective when attempting to help troubleshoot. That said, despite what the graphics may lead you to believe the game is going to be more CPU intensive than you might expect.

Oh, I don't doubt that there are people trying to run this thing on a potato just because it looks like it's from 1996. It's still weird that it runs as bad as it does on modern systems as well.

On Steam you said that all the the gravity and transformation maths might strain the CPU. Are you familiar with Outer Wilds? I admittedly didn't get very far in your demo, but I didn't notice it doing anything that Outer Wilds doesn't also do and that one runs just fine on my PC. It's really puzzling that my system is struggling so much with this.

Is there anything I can do to find out what could be the cause?

As a side note: You're probably overestimating how willing the average Steam user is to provide feedback on their own. Today there are a couple of new threads and once again they all complain about bad performance. Please don't take this as me shitting on your parade. This is me trying to be constructive and helpful because your game looks cool as hell.

It is weird. And since you read the Steam comment and my comment here, you'll know that it's not happening on most modern systems, which is what makes tackling it difficult, especially since it could both be an optimization issue and a user created issue at the same time.

Outer Wilds doesn't do the same things that TCFDX does, so it's not really a good comparison. I'm not sure that there really is a good comparison, other than maybe Aliens vs Predator, but even that's difficult to compare to since every actor in TCFDX is performing gravity transforms. I do have a few guesses as to potential CPU bottlenecks.

On your side note: In my experience working customer service and tech support for a decade, people typically only provide feedback when they're having problems, and most people refuse to believe they are at fault in some way (whether it be missing updates or contracting malware or bad system configurations or faulty hardware, etc...). It's when people aren't having problems that they typically don't leave feedback.

I know there are optimizations still to be made that I'm actively working at, but some of the issues reported by a very small percentage of the player base are difficult to tackle because no pattern has actually emerged with their performance issues and bugs and I don't have quite enough information, so it's basically one dev fumbling around in the dark trying to solve issues that are unlikely to be the problems the game actually has.

But, like I said, I'm trying to fix the problems I know it does have and hopefully it'll solve some issues for some people. 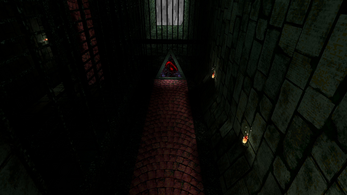 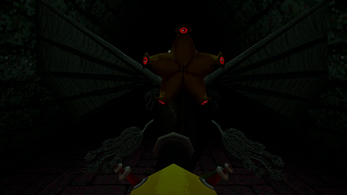 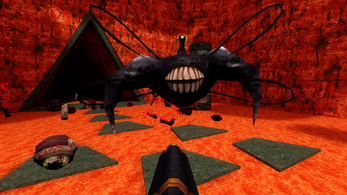 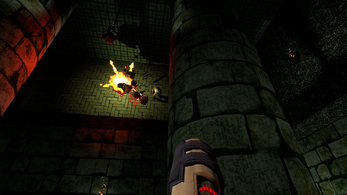 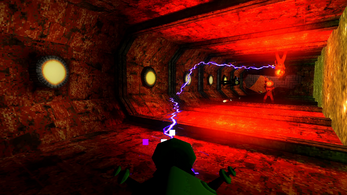 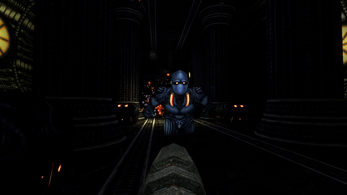 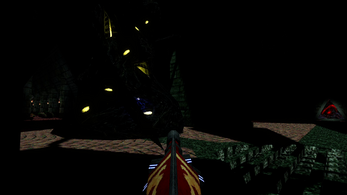